No items found.
Product is not available in this quantity.

A collection of new oil paintings by Matt Phillips, created in response to a short residency spent on Argyll's Secret Coast.

I love the connections I make through the Gallery. Over my five years here I have built and developed relationships and friendships with artists, one of whom is Matt Phillips.

I have known Matt for a number of years and followed his career with interest. We have long discussed the possibility of him exhibiting in the Gallery but we were uncertain as to how his distinct style and choices of subject matter would translate to our Scottish rural setting. What attracted me to Matt’s paintings - his crispness of line and palette, his structurally graphic compositions depicting an often urban landscape – perhaps would not sit naturally within our Scottish West Coast.

However, the goal I set myself in running Tighnabruaich Gallery is to simultaneously provide the opportunity for artists to have space and stimulus to experiment with their practise, and, subsequently, exhibit work which inspires and excites, encouraging conversations and connections.

I am delighted to say that following time spent exploring the Kyles of Bute in 2021, Matt has created a new body of work which reflect our communities and landscapes through his unique eye. Successfully translating the soft and muted tones of our hazy and softly layered bracken, conifer, oak and heather covered hillsides and the low mist and drizzly rain moving across our many bodies of water, Matt’s paintings allow us to look afresh at our home. Closely observed portraits of people who inhabit this community and iconic landmarks we pass every day, are captured in paint and presented back to us. Consequently, ‘Coast’ is an exhibition unlike any I have hosted before. It is one which I am excited by and thrilled to share with you.

“In the summer of 2021 I spent ten days exploring a section of the Argyll Coast, visiting Tighnabruiach, Colintraive, the Isle of Bute and environs. I sketched and painted, sat and watched, trekked through head-high bracken, was rained on, got sunburnt, stumbled over the crumbling remains of crofters’ cabins, and met some fascinating, warm-hearted people. It was a wonderful time, spent in magnificent and surprising land."

‍Of distance Scottish descent myself, I was inspired by thoughts of time, nature and heritage. The landscape is strikingly beautiful, sometimes serene, other times blustery and dramatic. What does it mean for this to be your home, to be part of this environment? For my first few days in Scotland, I was content just to absorb the place, but woke one morning bursting with the desire to paint. The result was a series of watercolour and pencil studies made from the porch of the cottage at which I was staying, which had a superb view across the water to the Isle of Bute.

‍Back in my London studio, it felt important that my colour palette chimed with the earthy, muted, soft hues of Scotland. Working from memory, sketches and photos, it was easy to transport myself back to these coastal waters, remembering how the place and people made me feel. The resulting exhibition is a broad representation of my experiences, reflecting the complex elements that define this part of Western Scotland.

‍There are so many moving parts that contribute to the idea of ‘Coast’, including the land, the people, weather, and culture. Some of the works are painted loosely, an attempt to capture the energy and dynamism of the land and weather. Some are deliberate and weighted, like the heavy stone used to construct the buildings. The people represented in the works are not just portraits, they are symbolic of community and identity.”

‍"Although there are no people in my painting, the petrol station’s open door represents the community spirit I saw when I visited. Lots of people coming and going, chatting to the owner and each other, some tourists, some locals. A lovely hub of camaraderie. I’ve always enjoyed the aesthetic of machinery and weathered buildings, so the service station was an immediate draw. I’ve painted quite a few Americana scenes, including a couple of garages, and the Tighnabruaich Service Station is a wonderful, complimentary Scottish addition to that body of work."

"I’ve visited the area of Colintraive several times, and always been struck by this wonderful collection of painted rocks, that (I’ve been told) appeared somewhat mysteriously; the ‘culprit’ isn’t known. Decorated with solar fairy lights, it’s a wonderful bit of creative thinking on the part of the maker(s). Simultaneously precarious and solid, humorous and inspiring, its vague origin only adds to its joy. Affectionately known locally as ‘Croc Rock’, it was important in my painting to capture the weight of those stones, the textured paint, and the wild setting."

"I met sisters Fiona and Karen McPhail when visiting Tighnabruaich Sailing School, which is owned by Fiona. Fiona also owns Carry Farm and the Hayshed Gallery. Karen is one half of Drey Workshop, along with her husband Gregor Campbell, which specialises in ceramics and woodwork. There’s a lovely coffee shop by the sailing school with these old, weathered buoys hanging on the exterior of the building. I’d just met the sisters, and instantly knew Fiona, Karen, the two chairs, and the buoys would make a fantastic portrait, aesthetically and symbolically. It was such a serendipitous moment. They, like so many others I met, are integral to the community, providing a bridge between the past and future - teaching youngsters how to interact with their environment, and the gallery and workshop showcase centuries old materials and processes. I love that they unconsciously mirrored each other as they sat in the chairs, talking to unseen friends off the edge of the canvas."

"Ian McLeod, locally known as ‘Prop’, is well known in Tighnabruaich as the local expert boat builder. I met him when exploring the boatyard, and he kindly agreed to be the subject of a portrait. I wanted to paint his portrait not only because he has an amazing face, but because he signifies so much about Tighnabruaich - the outdoors, self-reliance, warmth of character. He’s pictured inside the cabin of a boat he’s constructing. As a fellow ‘maker’, I love that the cabin shows the raw materials of his process - fibreglass, plywood, joint filler, paint. His character, face and expression are as important as his arm and hand, which are marked with signs of his craft. His other hand, just out of sight, is rested at the controls of the boat."

"Driving across the Isle of Bute, I was suddenly struck by the fleeting sight of yellow hay bales resting in a field. The farm disappearing quickly as I rounded another corner. But the glorious image was so seared into my mind I had to turn back to get a longer look. It’s such a beautiful combination of warm colours against the distant blue land and water. In addition, the heavy dark stone of the farm building contrasted superbly against the overgrown and wild vegetation. As I painted, I tried to keep my brush marks loose in the fields, plants and grass, and the stone structure more solid and deliberate."

"The Isle of Bute has wonderful buildings - serious, weathered, aged; characters within themselves and with stories to tell. The narrative contained by these two colourful doors with steep, worn steps leading up to them was enticing. I left the walls of the building as unprimed hemp, to reflect the texture and tone of the bricks and render. The other side of the building faces towards the Kyles of Bute, so I like the idea that the building blocks a view to the sea, but also, should you enter one of those doors, the rooms would act as a portal to the water. Placed between the viewer and the sea is a building containing lives, families, and history."

"St Blane’s Church What an atmospheric and evocative area. You can easily picture people living and working in and around this structure. In my portrayal, I wanted the empty centre of the building to glow with light, representing the life of the church, historical significance of the location, and those who dedicated their lives to it. I spent a long time on the site, viewing it from different angles, trying to fathom the age of the building and thinking about those that called this beautiful place home. That it still stands, dilapidated yet magnificent, is a poignant reminder of both the passing of time and longevity of culture."

"Driving around the Isle of Bute, I discovered a lovely row of houses facing the water’s edge. Further along from the buildings is this outcrop of colourful rocks, with the tree standing starkly against the bright sky and water. It’s a beautiful collection of forms and colours. Very few people were around, so I enjoyed spending time there, contemplating how best to turn it into a painting."

"A break in the stormy weather provided this glorious streak of bright sunlight on a section of land on the Isle of Bute. It appeared, then swiftly faded as the clouds continued to roll by."

"There are many farms dotted across the landscape in this part of the world, often nestled in stunning stretches of woodland or fields. This painting is a combination of elements I saw during my trip, a wild yet tranquil place."

"Spending several days across from this view meant I had the pleasure of seeing it in all guises; covered in mist, warm sun, under darkened cloud. This was a lovely moment when the sky glowed as one day came to an end."

‍"This was based on an ordnance survey map. The aerial perspective helped me think about the area as a whole, its physicality and close relationship between land and sea. The land is created with cracked plaster polymer, enhanced with washes of pigment. The plaster is set against a pigmented panel of wood veneer."

“As sunset arrives on the Argyll Coast, beautiful strands of light play across the sky, bringing punches of colour to the darkening land. The metal used in the land references the muted colours and subdued tones of twilight, contrasted with the streaks of vibrant blue and orange hovering on the horizon as the sun slowly disappears. This piece is an abstracted interpretation of those wonderful sunsets and serene moments at the close of day.”

"These works were done speedily during a day in Colintraive, whilst I attempted to capture the quickly shifting weather. I woke one morning bursting with energy to paint, and wanted to channel that enthusiasm into dynamic mark-making and paint application. They’re created with washes of watercolour with pencil worked over the paint." 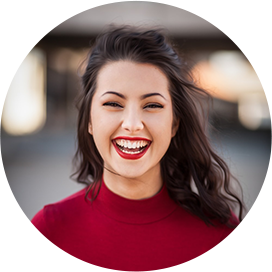 Video from the artists Studio

Invitation to the opening night

Mark Ward’s paintings all relate to the natural world. Most are developed from experiences of landscapes and creatures locally or in more exotic climes.

Join our mailing list
and never miss an update
Thank you! Your submission has been received!
Oops! Something went wrong while submitting the form.